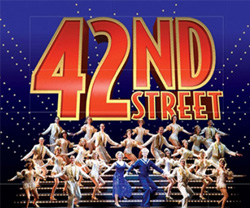 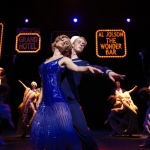 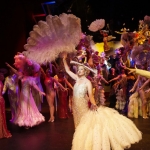 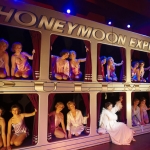 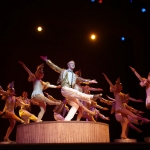 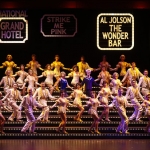 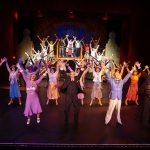 Broadway’s song & dance extravaganza, promises toe-tapping excitement as it struts into TSB Showplace on 5 May 2011.

This spectacular stage classic, 42nd Street features dazzling set, costumes and choreography direct from the latest Tony Award winning Broadway revival.  With a full live orchestra and an all-singing, all-dancing, all local  cast, 42nd Street will make you want to get up and dance!  Those memories will come flooding back with its hit show tunes including You’re Getting to Be a Habit with Me, Dames, Only Have Eyes for you, Lullaby of Broadway, Shuffle Off to Buffalo, Forty-Second Street and We’re In the Money – lucky for many Kiwi’s as Lotto’s original jingle!

42nd Street is a big, bold musical set in 1933 that celebrates the stuff that dreams are made of.  It’s a story of hard work, being in the right place at the right time, talent and love – the timeless, inspiring tale of small town Peggy Sawyer’s rise from chorus girl to Broadway star.

Based on the Novel by BRADFORD ROPES

The use of all songs is by arrangement with Warner Bros.,the owner of music publishers’ rights