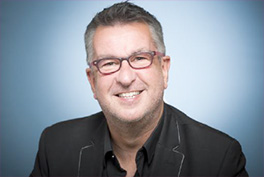 New Plymouth Operatic are delighted to announce that Stephen Robertson will direct and choreograph our 2019 season of Priscilla – Queen of the Desert The Musical.

Stephen is New Zealand’s leading professional director of musical theatre, having been a professional freelance Director for more than 25 years.

Stephen has amassed an impressive resume of hundreds of directing credits for musicals throughout New Zealand over his career. In 1993 Stephen directed the NZ Premiere of Les Misérables (Wellington). He has since directed the national premieres of 42nd Street, Beauty and the Beast, Cats, Miss Saigon, Mary Poppins, Priscilla and Wicked, all of which he also served as consulting director on those titles for the NZ Musical Theatre Consortium.

For the Court Theatre (Christchurch) he has Directed their recent sell-out seasons of Grease, Mary Poppins, Legally Blonde and Chicago, Choreographed and Designed The Mikado and Directed and Designed Blood Brothers. Born and raised in the Palmerston North, Priscilla will be Stephen’s first director credit for New Plymouth Operatic.