In the News – Elicia-May Hitchcock 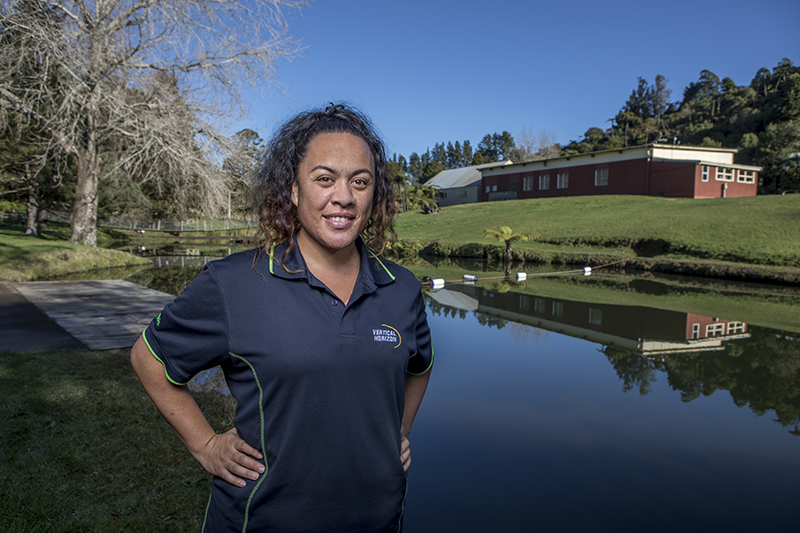 By day, Elicia-May Hitchcock works at the Vertical Horizon Adventure Centre in Inglewood.

A woman of many parts

Elicia-May Hitchcock admits she loves pretty much everything to do with Les Miserables. It’s a classic show and people who have seen it before will come back to see how it’s developed, especially with Warren Bates directing it.

“He brings a brilliant new freshness to it, it’s certainly different to the last couple of shows we’ve done. The emotions and characters are quite raw and intense.”

Elicia is part of the ensemble which means she plays multiple characters. “I’m a factory worker, but I’m also one of the whores and a woman at the barricade. It’s really cool as an actress to be able to switch up your personality throughout the whole show. Even the ensemble characters have back stories, and you have to get your brain into that head space.”

Elicia-May worked with Phillip Malcolm and Christopher Luke in previous NPOS shows, and is enjoying working with Vocal Coach Philippa Drinkwater in Les Miserables. “It’s been great getting to know her, especially as she was Cosette in the original New Plymouth Operatic production of Les Mis. It’s nice to see her come back as part of the Creative Team for this production. It means there’s a real inter-generational connection between the shows.”

This is the fourth show Elicia-May has done for New Plymouth Operatic and many will remember her performance in Mary Poppins last year.

Despite being a youthful 30-yearold in real life, Elicia-May was more than convincing as the elderly Mrs Corry, the owner of the Talking Shop.

“She was a bit out there, a very worldly sort of character who’s been around for a long time,” says Elicia.

“I was so old, the kids thought I was 100, but a lot of moisturiser helped,” she laughed.

Elicia is a gifted singer and actor who is well known on the stage throughout Taranaki. As with many performers in the show, Elicia started singing when she was very young. “I did kapa haka through school at Marfell and Spotswood, and music’s always been a big part of our family.”

Elicia is proud of her Māori heritage and urges other Māori men and women who love singing to take part in operatic shows. “Don’t be scared, give it a go and audition.”