In the News – Les Mis Kids 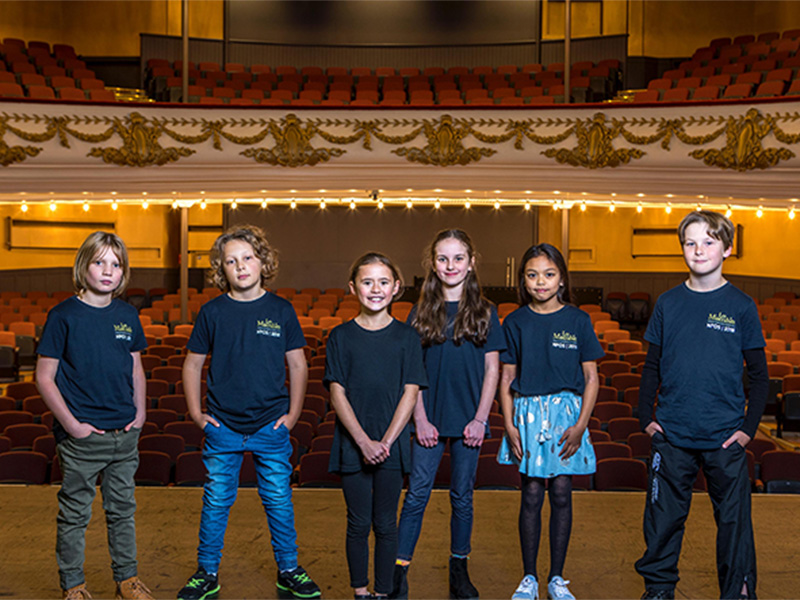 Six of the Best

Last year in Mary Poppins, the children who played the roles of Michael and Jane won the hearts of many with their scene-stealing performances.

Once again the Society has come up with a group of youngsters who will tug at the heartstrings of the audience and at the same time delight with their beautiful voices echoing around the TSB Showplace.

Together the children take centre stage as they bring alive Victor Hugo’s characters, with the young children a key part of the drama and emotion that is an intricate part of what many call the greatest opera of all time.

With the show running from July 26 to August 18 and the late finishing times of the show, the society sensibly alternates their performances to ensure they are not overworked as all are still at primary school.

It’s fair to say none of the six children are shy, retiring types. All are beautifully mannered, of course, but they have that all-important confidence oozing from every pore, which holds them in good store on stage.

William Broadmore is the veteran of the group. He was Michael in Mary Poppins last year and as such, sees himself as the self-appointed spokesperson for the group during the interview. Especially if there is a pause in someone else’s answer.

For the other five, they are making their debuts on stage for the Operatic Society.

There is plenty of good natured banter between them all, even if it’s fair to say the girls are the more polite, again, in a non-critical way. At the risk of gender stereo-typing at such a young age, the boys tend to be the more boisterous.

Curiously, all the girls go to Fitzroy School, obviously a talent hot spot, and  there is bound to be a lot of interest in Les Miserables from that school. William goes to Mangorei School, Waylon to St Joseph’s New Plymouth and Cormac goes to Frankley School.

Mia and Hannah are Young Cosette and Aisara is Young Eponine, while the boys share the role of Gavroche.

It’s a challenge they are all looking forward to.

“I didn’t show my true potential last year,’’ says William, with a grin.

“Yeah, what happened there?’’ asks Cormac, who’s clearly not afraid of asking the hard questions. Mind you, with media couple Joe and Colleen Deegan for parents, it’s easy to see the breeding coming through.

Inevitably William has a quick response, but it’s drowned out in the noise the sextet makes as they join in the fun.

Cormac says the best thing about being in the show is ‘’meeting new people’’.

William likes “meeting up with all the people he was with last year’’.

Hannah gives a great answer; “I like being on the stage, doing what I love.’’

There’s a collective “Oooh’’ from the rest of the children, mainly because they wish they’d thought of it.

Mia is impressed and works part of that into her answer but basically says “I enjoy it.”

They’ve been rehearsing for five weeks at the time of the interview in late May.

Any attempt by this interviewer to restore order to proceedings are clearly beyond my capabilities.

When the curtain goes up and these confident young children are acting and singing like seasoned professionals, I will give a silent but heartfelt nod of admiration for the talents of director Warren Bates and vocal director Philippa Drinkwater.

Les Miserables production manager Andy Spindler says a schedule is put together so the box office knows which children are on, on which night.

“That’s to allow their families, friends and schools to find out which night each child will be performing, and book accordingly.”