In the News – Our Jean Valjean 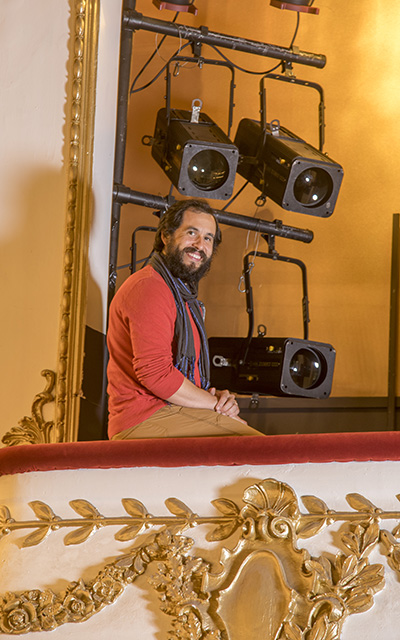 Fernando Tarango – Direct from the USA

This year’s New Plymouth Operatic Society’s production of Les Misérables has a real international flavour to it.

The French setting of Victor Hugo’s musical naturally sets the scene for this powerful drama but with American singer Fernando Tarango playing the lead role of Valjean, there is even more of a global feel to it.

Fernando, 35,  has an impressive musical CV that is rare and to have a singer of his pedigree performing in an Operatic Society show is a real coup for the organisation.

The reality of that becomes clear when looking at some of his long list of achievements.

Add to that impressive list the fact that he’s toured more than 20 different countries and four continents, fluidly switching genres and styles, and it’s easy to see what an experienced professional of the stage Fernando is. So how did he end up in New Plymouth?

By a circuitous route is probably the short answer.  His wife Lanah had worked in Wellington and enjoyed the lifestyle of New Zealand,

After stints living in Wellington and  Nelson, in between returning home, they were house sitting in Waverley for three months in 2017. Their musical interest was piqued when they saw that New Plymouth Operatic were performing Mary Poppins in New Plymouth.

“We came to see the show and it was so professional. Both Lanah and I were so impressed. I said to her ‘what’s the population of New Plymouth again?'”

“We loved our time in Waverley. It was such a change of pace, especially compared with the US. We just loved the rural feel.‘’

They decided to settle in Taranaki and, although Fernando is an accomplished music teacher, he also wanted to be back on the stage so emailed several musicians introducing himself.

“Christopher Luke from the Innovation Trust at the Cathedral, without me knowing, forwarded my email message to Warren Bates.’’

Warren, of course, is the director of Les Misérables and was casting his net far and wide for the right people to fill key roles.

The rest, as they say, was history.

“He emailed me and asked if I was interested to give him a call.’’

It’s fair to say Fernando was interested, especially upon learning it was the role of  Valjean Warren wanted to fill. The only slight snag was it as about 10 days before Fernando and his family were flying back to the States for an extended break.

He got around that problem.

“I quickly learned the songs he wanted me to sing in the audition. It was the quickest I’ve ever learned any songs!’’

He had a video made of him singing the songs and sent it to Warren, who promptly offered him the role.

Fernando and his family returned from the US on May 12 to immediately immerse himself in rehearsals. This modest young man from Texas freely admits he’s loving it.

“Warren is very organised as a director, so it’s been a really concentrated effort. It’s awesome, full on, I want to be pushed to the next level and Warren does that in a very supportive, professional way.”

“I’m really excited to be working with him. He’s been great. He has a vision of what’s possible and we keep working until we find it.”

“There’s a great family feel to the show and that builds some real camaraderie which builds a real connection to the people you’re working with and I think that comes across on stage.”