New Plymouth Operatic have today announced that premiere Director Warren Bates has signed on to direct the societies 2018 production of Les Miserables.

From the moment we heard a whisper that the Les Miserables rights might be becoming available, we hoped we would be able to secure Warren’s services” said New Plymouth Operatic President Kevin Landrigan.  “Les Mis is a Warren show.  He will create an outstanding production that we will all be very proud of”. 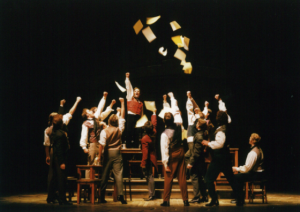 In 19th century France, Jean Valjean is released from 19 years of unjust imprisonment. He breaks his parole in hopes of starting a new life, initiating a life-long struggle for redemption as he is relentlessly pursued by police inspector Javert.

Bates has previously helmed productions including Miss Saigon, The Phantom of the Opera and Sister Act for the society, that have achieved outstanding critical and box office success.

Warren has been involved in the Performing Arts and Entertainment industry for over 25 years.  His many credits include being Company Manager of The Australian Ballet for tours of Australia and throughout the world; Company Manager for the Australian and South East Asian tour of The New Rocky Horror Show starring Craig McLauglin and Gina Riley :Associate Producer for the Australian tour of A Tribute to the Blues Brothers starring Russell Crowe and General Manager for Paul Dainty Productions, the  promoter responsible for bringing ‘down under’ international acts like Michael Jackson, David Bowie, Rolling Stones and Pink Floyd including the stage shows, ‘Mamma Mia’, ‘Jersey Boys’ and ‘Hairspray’. 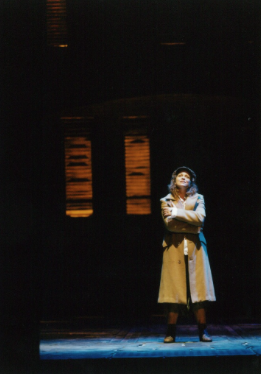 His experiences within the Industry also include the position of a Sydney based casting director/agent, Stage Management for several professional Australian touring productions, Entertainment Director for P & O cruises, plus, musical director/director of several cabarets and musicals. He also founded and was Artistic Director of The Victorian Youth Theatre in Melbourne, which was formed for actors who were, or wanted to work in professional theatre.

Warren returned ‘home’ to Taranaki in 2005 and has since founded Stage Centre, a performing arts school covering many aspects of theatre including improvisation and musical theatre, and in 2006 was appointed as NPOS Artistic Director.

“I’m delighted to be given the opportunity to direct Les Miserables, one of my very favourite musicals” says Warren.  The New Plymouth season will be the premiere of the NZ Musical Theatre Consortium’s 25th Anniversary tour of the production.  “I will be looking to bring a fresh Les Mis to the audiences” commented Warren “I will be really looking to bring out the dark-side and true pathos in the show”.  “I don’t want to just do a repeat of what people saw 25 years ago”.

Auditions for Les Miserables are scheduled for November this year