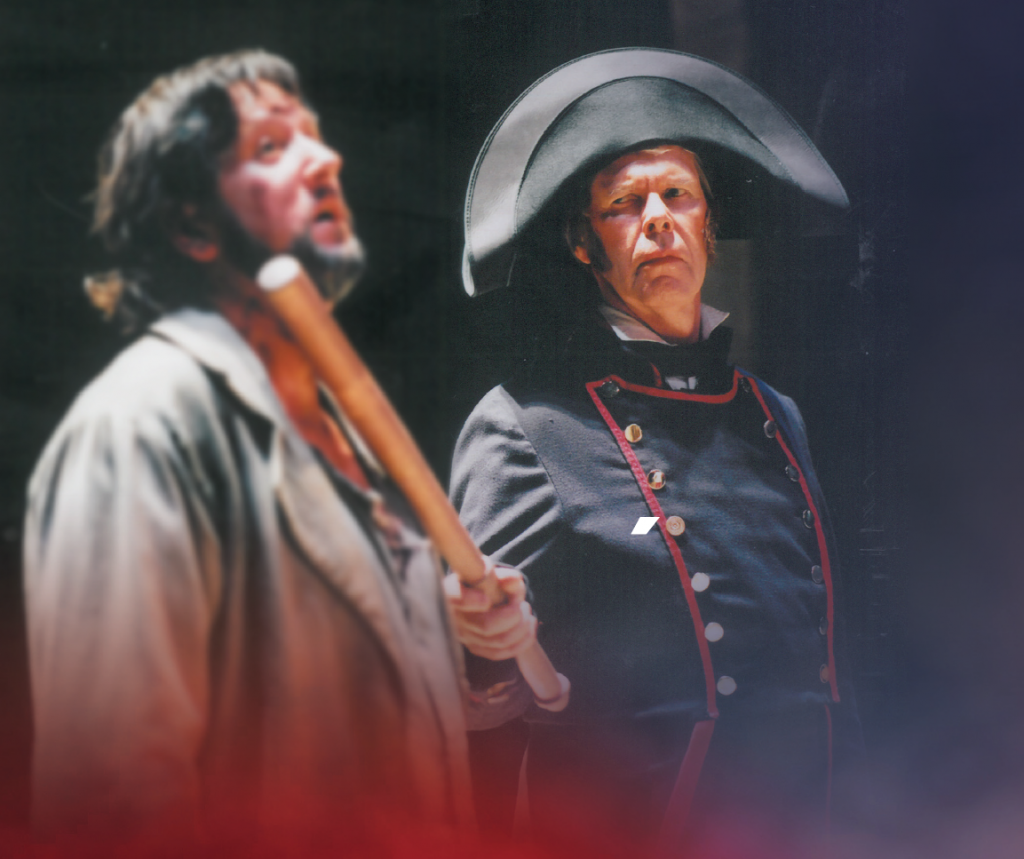 Les Miserables – the best show of them all

John Ainsworth’s journey with the New Plymouth Operatic Society spans more than four decades. He’s been a regular on stage since 1977 when he appeared in Joseph and the Amazing Technicolour Dreamcoat and when the curtain goes up on July 26 for the Society’s production of Les Miserables, he’ll be there once more.

His enormous contribution to New Plymouth Operatic was recognised recently when he was made a life member of the Society. His tireless efforts on and off stage were also formally acknowledged at a national level in 2013 for his services to Musical Theatre in New Zealand, with a Merit Award.

John is a typically modest Kiwi bloke in many ways and prefers to talk about the shows he’s been in, the people who make the New Plymouth Operatic Society (NPOS) what it is, in fact anything, other than his own achievements.

Fittingly, former NPOS president Kevin Landrigan was quick to pay tribute to John. “Thank you for your service and commitment to New Plymouth Operatic over the past four decades. We are the Society we are today because of the commitment and service of people such as yourself.’’

So what was John’s favourite show? Especially bearing in mind he’s been in so many over the years. His answer is immediate.

“It’s also a beautiful love story and I’m sure this year’s show will be bigger and better than ever. There are 37 on stage and I’ll be part of the vocal backing group off stage.’’

John’s not alone is his assessment of the show. Significantly this is the third time NPOS has put on Les Miserables, after performing it in 1994, 2002 and now 2018.

John has the unique record of having appeared in all three, and as Javert in 2002, he played arguably his most memorable role.

“In 1994 I was the Bishop and had a couple of other bit parts, but then Peter Doyle, who was playing Javert, got laryngitis. Musical director Shirley Murphy rang me in the morning and asked me to fill in, so from 10am to 6pm we rehearsed at the club rooms, before going home for tea and then on to the Opera House, as it was then called, to appear that night.’’

He says with the help of others in the cast he made the transition easily enough. John says the team culture that exists at NPOS makes every show a lot of fun.

“Of course everyone works hard, there are no prima donnas, no one’s aloof, and without the others back stage and behind the scenes, you don’t have a show.

“Everyone works together as a team and does their role, no matter how big or small, very well.’’

Now John is back for his 24th onstage appearance for the Society. It’s an impressive commitment from someone who was an integral part of the TSB management team when he retired.

John’s contribution to the Society goes far beyond his on-stage performances. He and Lorraine have remained active and involved in many ways. Lorraine is on the catering team and helps out in many ways. “I was always at rehearsals and for her it was a case of the old adage: ‘if you can’t beat them, join them!’ John was on the NPOS executive from 1996 until 1998, while they both served on the organising committee for both the 2002 and 2017 Music Theatre New Zealand Conferences hosted by New Plymouth Operatic.

In 2007 John received a President’s award recognising his contributions to the Society. Again he doesn’t dwell on it. Volunteers may well be the glue that binds our community together but John Ainsworth, like so many others with a lifetime commitment to their organisation, prefers to get stuck in and get the job done, not talk about it.

And for the record, when asked what’s the most he’d ever been paid for being in a show, he smiles and puts his thumb and forefinger together to make a circle, “Zero!”