Announcing an extended season before a show even starts ensures expectations are high.

On opening night those expectations were justified, even exceeded, when the curtain went up on the New Plymouth Operatic Society’s production of Les Miserables. 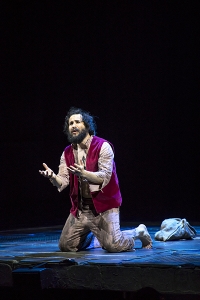 Make no mistake, this is a quality production of a musical that is embraced in the world of stage music as one of the greatest of all time. For a regional amateur operatic society to even attempt to put on the show is ambitious, but then, the New Plymouth Operatic Society is far from your average society.

Let’s start with the obvious – the music. If that isn’t right in a musical, then nothing else matters. Both individually and collectively, all concerned can take a bow. In fact that’s what they did at the end of the opening night and the audience responded with thunderous applause and a prolonged standing ovation.

It was well deserved. Director Warren Bates, rapidly becoming a Taranaki icon in his own right with his ability to repeatedly deliver musicals of an international standard from his cast, could take enormous pride and satisfaction.

The other two key figures behind the scenes were musical director Adam Jasinski and vocal director Philippa Drinkwater. The performance of the orchestra, the leads and the ensemble were the ultimate tribute to their work. 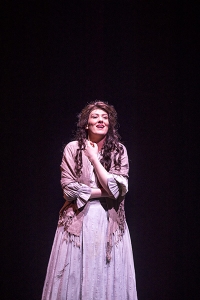 It may well be the third time Les Miserables has graced the stage of the TSB Showplace in the last 25 years, but the show, like good wine, continues to get better and better.

Individually there were so many epic performances it’s hard to single them out. American singer Fernando Tarango demonstrated his range and no small amount of resilience as he cruised effortlessly from dramatic battle scenes to heart-stopping, tragic moments as Jean Valjean. He was a class act.

Maria Mosquera as Fantine was almost as impressive, with her rendition of “I Dreamed a Dream’’ sung exquisitely. 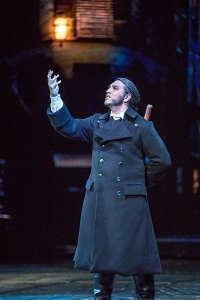 Then there was Tem Hodson as Javert. This is an actor and singer with the X-factor, that almost indefinable quality that sets the few apart from the rest. He could effortlessly generate power and although he and Tarango were a physical mismatch, their acrimonious relationship underpins much of the show. Hodson is a recent arrival in New Plymouth, but hopefully he’s here to stay.

There were three other characters who oozed personality and mischief in equal parts throughout the show.

Long-time New Plymouth favourite Mark Leuthard was joined by another veteran in Tracey Blake as the Thenardiers and they almost stole the show with their antics. They provided some much-needed comic relief and provided the all-important bawdry contrast to the dramatic events unfolding before the audience’s eyes.

The other star was the set, especially with the revolving stage and the lighting, all combining to add extra dimensions to previous productions.

This is a show you will not want to miss.

Les Miserables opened on Thursday July 26 at the TSB Showplace and runs until Saturday August 18.
Tickets are available now via Ticketek. 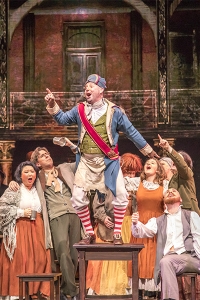 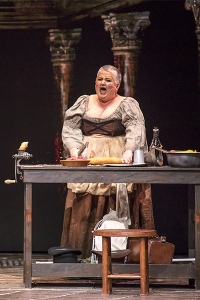