In the News – Our Javert, Tem Hodson 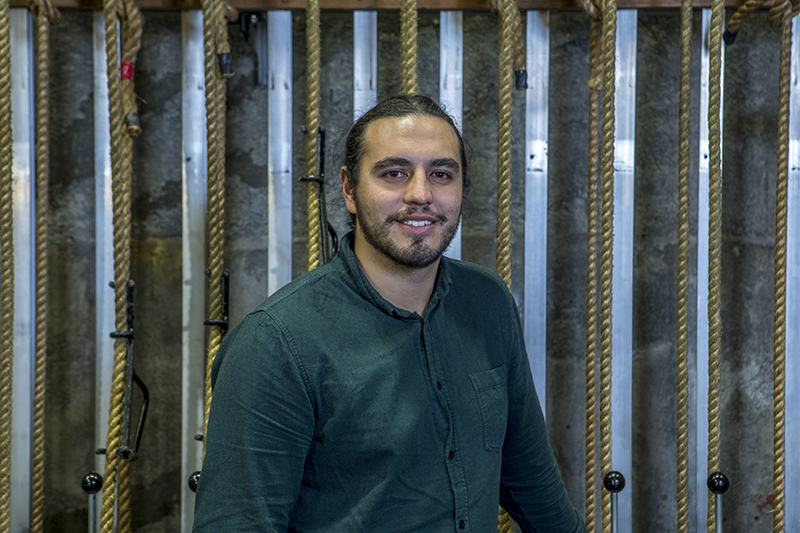 Tem Hodson, a star in the making

Over the years the New Plymouth Operatic Society (NPOS) has launched many careers and Tem Hodson is about to become the latest one.

The 23-year-old, unassuming young man is bursting with talent and in the coveted role of Javert in the society’s production of Les Miserables he seems set to embark on a memorable career.

Society insiders are tipping Tem could go on to big things in the world of musical theatre, such is the quality of his voice and his sheer presence on the stage. “Call it the X-factor, he’s definitely got it,” said one.

Tem only arrived in Taranaki last October but says New Plymouth is home.

I was born in Auckland and went to school there, but my father Darryl is from Stratford and he got the call from the maunga and wanted to come back so he and my Mum and little sister moved back here in 2013, and I followed in October last year.”

During the day Tem is the event coordinator for the Taranaki Secondary Schools Sports Association.

“It’s really rewarding. I love getting kids back into sport.”

Singing has always been an integral part of his life, he says.

“My Mum’s Samoan and we almost come out of the womb singing, but my Dad’s tone deaf so it’s about finding a balance in between,” he laughs.

“I only got into singing at year 13 at school when I joined the choir at St Peter’s in Auckland and that was mainly because it was a couple of days off school, so I thought I’d give it a go.”

He found out he was rather good at singing.

“After that I was Jean Valjean in Les Miserables in our school production in 2012, so when I heard Les Mis was on in New Plymouth, and with my family here, I thought it was too good an opportunity to pass up.”

Tem says the NPOS production is completely different. “This show is consistent with the book and as a piece of writing it offers something for everyone.

Tem says the show is timeless. “The material never gets old. When I think of all the songs, there’s none that you could cut, it’s just two-and-ahalf hours of quality music.

“The direction and the cast and crew are on to it. There’s a lot of work gone on to this show. It has a real buzz and gives me so much energy. It’s a very high impact show.”

Tem says he’s impressed by the family atmosphere that the NPOS is so well known for. “Since I’ve been here I’ve been treated like family. They’ve taken me in, just because I’m in the show. That’s the key to this organisation and why it’s been so good for so long.”

Tem is also a talented cricketer who has played in Sussex during our winters in recent years.

“This is my first New Zealand winter in a few years, after playing cricket in Auckland in summer followed by cricket in Sussex. This winter I’m doing the show here – this is home now – so I’ll be playing cricket in Taranaki for New Plymouth Old Boys again this summer.

Make no mistake, Tem Hodson is set to burst upon the theatre scene in Taranaki with all the aplomb of a star in the making and Auckland’s loss will be Taranaki’s gain.