The Timeless Trio of Operatic 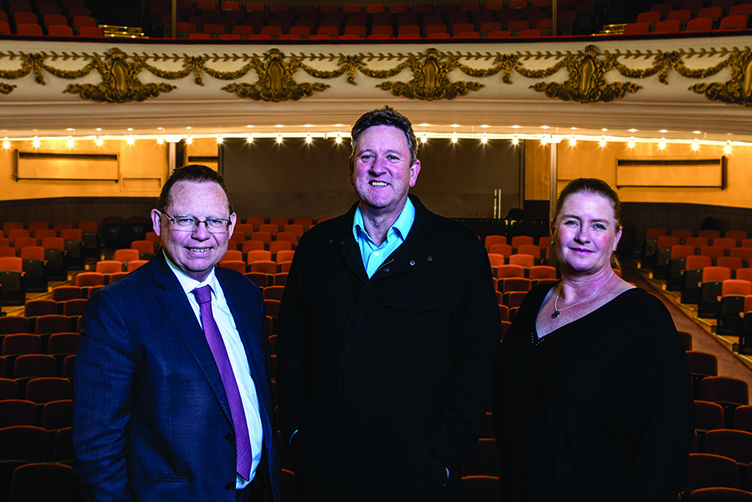 Kevin, Anthony & Ann have been involved in all three NPOS productions of Les Miserables.

It was nearly quarter of a century ago, in 1994, when the New Plymouth Operatic Society first put on Les Miserables. Well known New Plymouth singers Kevin Landrigan, Ann Stewart and Anthony Joines were all on stage for that memorable show.

Fast forward to 2002, the next time the NPOS put on Les Miserables .

Kevin and Anthony were there once again, while Ann helped out but wasn’t on stage because of family commitments.

Now, in 2018, the show that many are calling the greatest show of all time is back on and yes, Kevin, Ann and Anthony were to be back once again singing in the latest production of Les Miserables.

Somehow, it just wouldn’t be the same without them, but sadly Kevin has had to withdraw a couple of weeks out because of ill health.

For Ann, Les Mis is like a good wine.

“It just keeps getting better and better. The great thing for me is being able to watch it develop by being involved,’’ she says with some feeling.

Anthony says a lot of the difference between productions of the same show is down to the director.

“It depends a lot on which direction he wants to take it. When Dorne Arthur did it in 1994 she was very much about bringing out the passion. In 2002 John Anthony had a different idea and now Warren Bates, the director this year, is all about the reality of the revolution and the harshness of the times. It’s quite different.’’

Unprompted, Anthony nominates Les Mis as “tops’. “It’s got wonderful music, the songs are great and it’s got passion and every human emotion throughout. It is also an incredible show to be part of.’’

Ann picks up on that. “There’s so much darkness on top of love. There’s bravery as well, but the big thing for me is I love musicals that are all about music. I find it much easier to learn songs than lines.’’

Anthony says their motivation is simple. “We do it for love. This is our hobby.’’

Ann says the effort everyone puts in is huge. “We spend a lot of time slogging our guts out and the reward is working with a whole lot of people in a show that’s amazing. It’s not even about the applause, it’s about the world that we have.’’

Anthony agrees it’s different from a professional production. ’You have to remember there are 200 other volunteers involved offstage and that’s the real strength of the New Plymouth Operatic Society shows, that support.’’

Ann made her debut in Annie as a 10-year-old back in 1983 and admits she played the role of Duffy.

Anthony’s first operatic show was Mack and Mabel in 1987.

The trio make point of helping out whenever they can offstage if they can’t be in the show.

This year Kevin was to be singing offstage and he readily admits it was something he was looking forward to.

“I would have sung the same song three times, over 24 years,’’ he laughs.

Kevin, along with Anthony and Ann keep coming back to be part of the show because they love it, he says.

“Les Mis is the greatest musical ever written. It’s got a wonderful story, great passion, and is written in great opera style. It really pulls the emotions like no other show.’’

Kevin is well qualified to make that observation after being involved with 72 NPOS productions, on and off stage, since he appeared in his first show, The Desert Song in 1968 – 50 years ago.

Kevin says anyone thinking they mightn’t come and watch Les Miserables because they’ve seen the show before should think again. “This is a different show.

It’s Les Mis, but it’s directed in a totally different way. It’s a modern version so there are some slight differences as well – this is the 2012 version.’’

It would have been a special moment for Kevin as daughter Kate Landrigan is in the ensemble. In 2002, his son Nicolas was in the ensemble, so the family connection continues.

Kevin will be best known as president for nearly a decade, but between them they have done the more perfunctory roles of selling programmes, doing the spotlight, stage manager, orchestra, door, worked front of house, painted sets, making costumes and as Anthony says, “the most important job of all, serving behind the bar.’’

The list goes on and on, but that’s how it rocks in the New Plymouth Operatic Society. 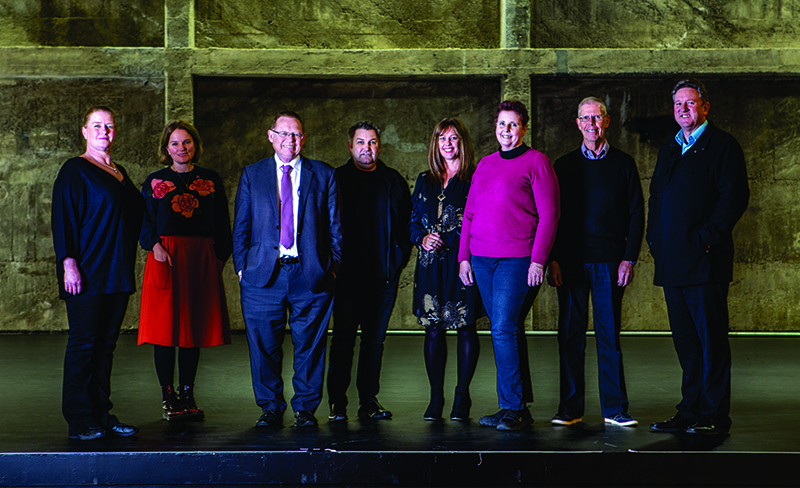