Third Time Round – So what’s the Big Attraction? 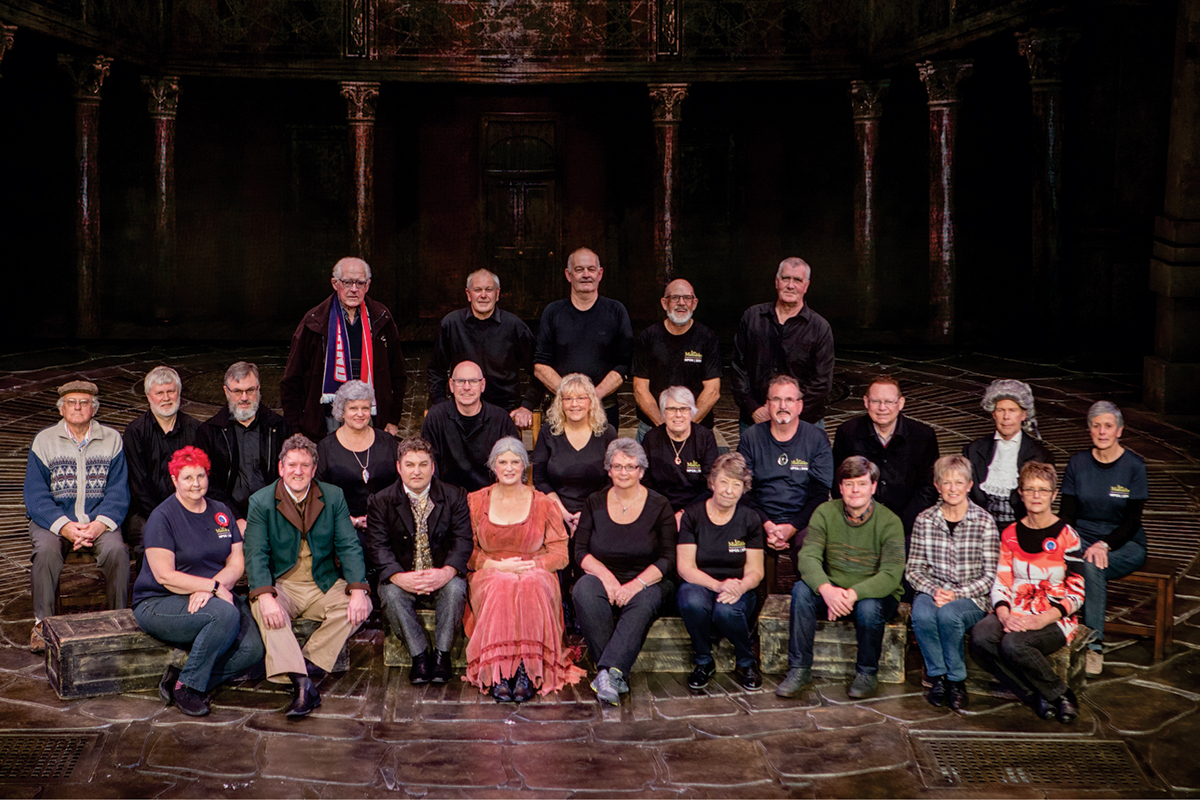 Joining the Crusade for a third time

New Plymouth Operatic Society’s production of Les Miserables has almost come to an end, and for many it is ending for the third time.  The cast get the bright lights, the applause and the accolades, but what keeps the unsung heroes of the backstage crew coming back year after year, and joining the crusade for a third time?

For many, it’s the people. “Everyone has just been excellent to work with, and so supportive of each other” says cast member Shaun Campbell. “I decided to do it again because it’s such an iconic show and the opportunity to be involved for a third time was too tempting.”

For others, it’s the music and the passion of the story that keeps them coming back for more.

Ian Hutchinson was on stage for the first two productions of Les Miserables, and has some very special memories.  “For me, the magic I felt the first time cannot be replicated, but as an active member of the society I still wanted to be involved in some way, so helping out backstage is a good way to still be part of it”.

Brian & Alie Bollond have been involved in NPOS for many years.  Alie is a member of the Backing Vocalists this year, and Brian figured that if she was going to be at the show every night, he may as well go too! “It’s been nice to meet up with all the backstage crew again.  There are quite a few of us who have been doing this for a long time, and it’s a great team.  When cast and crew work together, doing it exactly the same each night, and trusting everyone else to do the same, it makes for a very slick show. It’s pretty exciting to be a part of it” says Brian.

Carolyn & Kevin Murphy have worked behind the scenes on all three productions, and describe Les Mis is one of their favourite musicals.  “Being involved again for the third time is a privilege” says Carolyn, who has run the Props department for two out of three productions. “Each production has had its unique qualities.  The basic set design has stayed the same but each Director has utilised the design in different ways”.

Anthony & Angie Joines are another husband and wife team in the third timers club.  Anthony describes the latest version as more dramatic and darker than the previous versions which were more traditional. Angie says she now has a repertoire of different scenarios for each part of the story based on what each Director has wanted. “In my mind now I have the perfect show, with my memories of all the best bits”.

The ‘third-timers’ have a unique insight, as they have been part of the Les Mis evolution, and have seen first hand how the changes in technology have changed the show over the last 24 years.

Pieter Voorwinde remembers using the old fashioned hemp house fly floor for the first production in 1994. “It required a large fly crew and took three days to set up. The second show used the newly installed counter weight system that only took half a day to set up” says Pieter.

Brian Bollond recalls microphones hanging down over the cast, speakers at the front of the stage, and the painted cloths flying in and out to set the different scenes.  “Being a builder all my life, it’s fascinating to see how set building has progressed since 1994.  My favourite piece of scenery is the barricade.  I love how it moves, turns, and fits together to make such a dramatic scene”.

Gary Bovett has been part of the Orchestra for all three productions, so his memories have a slightly different angle – from the depths of the orchestra pit! “I think the 1994 production of Les Mis was New Plymouth’s first attempt at big time serious uber expensive show, so it meant no more lollies in the pit, no more gags with the conductor, no more hard hats to avoid falling props, and no more Brett Carter playing outrageous drum rifts…”

Shaun Campbell agrees, “The first les Mis had a lot more hype around it as it was the first time Operatic had done a big consortium show. It was also new to a lot of our audiences, and we had standing ovations just about every night from the audiences. It doesn’t get any better than singing ‘One Day More’ to a full house.”

The current production has moved to a new level with advances in sound and lighting technology, and everyone agrees that it gives the show a modern edge. “The light wall adds another dimension to the show and replaces many flying elements that were previously used” says Pieter. “The graphics are just amazing” adds John Ainsworth.

The whole company have a very professional attitude now and health and safety is taken more seriously.

“The most fun and challenging part for the Props crew is learning to jump on and off the revolve while it is moving.  This year we have named the clearing of the barricade as ‘The Running of the Bulls!’  We run, collect props, dodge dead bodies and exit” laughs Carolyn.

“Our leads are fantastic and the singing is probably the best out of all three versions” Shaun boasts.

Gary agrees, “The first time I heard Tem Hodson as Inspector Javert, I thought, wow, this guy’s going to steal the show! What a strong actor, at least he sounds strong, from where I sit in my darkened foggy hole under the stage!”

All in all, Les Miserables is timeless. “It covers many aspects of life, depicting law breakers, the poor, the progress to success, incorporates a love story, revolution for freedom, police perseverance, destiny and death. The terminology that is used in the lyrics is quite classic.” comments John Ainsworth

“I am so pleased for all those for whom this is their first Les Mis” says Ian, “They have had an opportunity to be involved with what surely has to be the best stage musical of all time.  I hope that they have enjoyed it and feel enriched by the experience as I did.”

Anthony has worked out that by the end of this production, the third-timers would have done the show 54 times, and spent almost two years of their lives doing Les Miserables. “It has to be a special show to attract so many of us back!!” he says. “But you’d think I’d know the words by now!” jokes Angie.