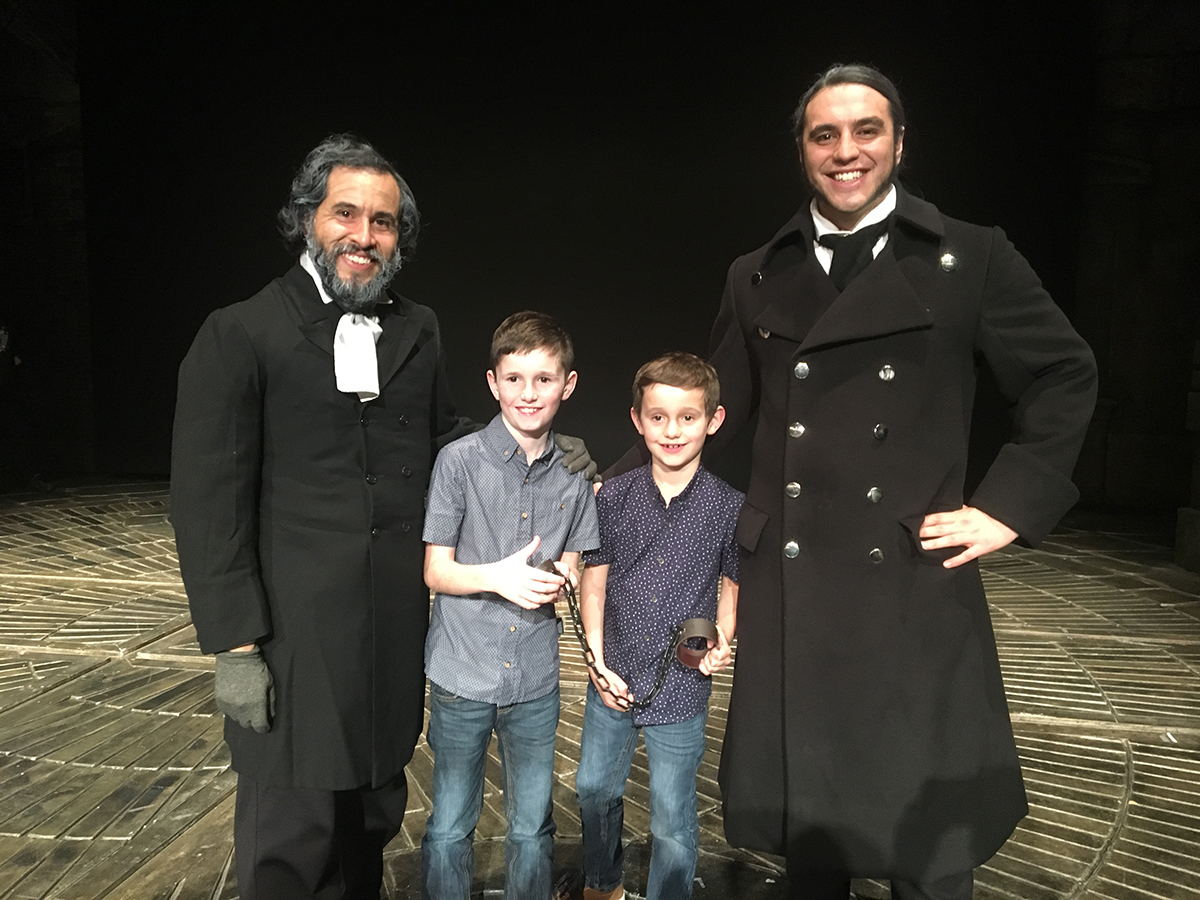 Jackson and Ollie Winter were excited to meet Fernando Tarango (Jean Valjean) and Tem Hodson (Javert) after the show on Sunday 5 August 2018.

Two young fans enjoyed a very special trip to see Les Miserables when they got to go on stage after the show and meet their favourite characters!

Nine-year-old Jackson Winter and his brother Ollie, seven, are Les Mis fanatics – they know all the words to every song and regularly act out their favourite scene – the confrontation between the story’s lead antagonists Jean Valjean and Javert. 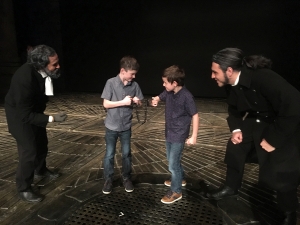 Jackson and Ollie re-enact the confrontation scene while Fernando and Tem watch on.

The trip from their home in Wellington to see the performance was organised by their mother Laurie – who is also a die-hard Les Mis fan who had already made the journey to see the show once!

“The boys love it as much as I do because I play the soundtrack all the time,” she laughed. “I’ve seen the show in New York and Sydney but this production just blew me away and I knew I just had to bring them up to see it.”

Laurie thought she’d see if she could make the trip extra-special and contacted NPOS to see if the boys could meet the actors after the show. Production Manager Andy Spindler was happy to help and Jackson and Ollie got to go on stage after the performance and meet Fernando Tarango, who plays Jean Valjean, and Tem Hodson, who plays Javert. 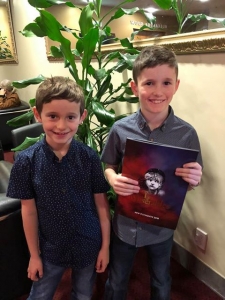 “We wanted to make it happen as they are such dedicated fans,” said Andy. “Fernando and Tem were very happy to meet them because it was a great opportunity to encourage the next generation of potential stars.”

Meeting their heroes put the icing on the cake of a very special day for the youngsters, said Laurie.

“They absolutely loved the show and got totally immersed in the story,” she added. “I think they are even bigger fans now they have seen it for real.”

Are you a bigger Les Mis fan than Jackson and Ollie?

Would you like to meet your favourite character from the show on stage at the TSB Showplace?  Here is your chance!

Comment on our FB post to tell us which performance you are attending next week (15-17 August 2018) and which Les Mis character you would like to meet and we will select one lucky fan at random to enjoy this once in a lifetime opportunity!  T&C’s Apply.