New Plymouth Operatic has today announced that an additional performance has been added to the upcoming season of Priscilla – Queen of the Desert, taking the number of performances in the season to 17.

The new performance will be staged on Tuesday 25th June at 7.30pm. 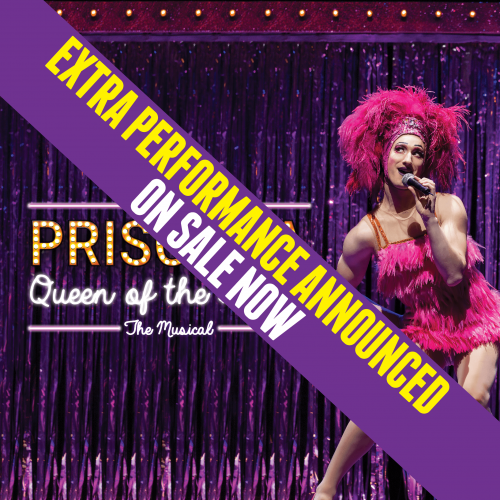 “We have been really happy with how Priscilla ticket sales have been going, and how the people of Taranaki have embraced Priscilla” says New Plymouth Operatic Sales and Marketing Manager Patrick Landrigan.  “Priscilla attendances are tracking in line with those from our 2014 production of The Phantom of the Opera – which is far exceeding our expectations” said Mr Landrigan.  The gallery (top level) of the TSB Theatre has already been released and has been selling through for all performances.

Preparations for the show have been going very well, according to production manager Steve Lloyd.  The show is now all packed into the TSB Theatre, and the cast and crew are in full technical rehearsals.  “Adding a show is not a decision we take lightly” added Mr Lloyd.  We have to balance so many factors, from the audience demand, to the needs of fabulous 250+ volunteer cast and our crew” says Lloyd “We are confident the addition of one further performance at this time achieves this balance”.

A Divalicious Musical Comedy, Priscilla Queen of the Desert is an uplifting story, based on the 1994 Oscar-winning hit movie, of three Sydney drag artists who hop aboard a battered old bus named Priscilla, on a journey of self-discovery which takes them on a road trip to the heartland of Australia searching for love, friendship and family.

The now 17 performance long season of Priscilla runs for the same number of performances as New Plymouth Operatic’s 2018 production of Les Miserables, however for Les Miserables those performances played over 4 weekends, whereas Priscilla plays over 3.  “Planning these big shows is a big job and done well in advance of tickets going on sale” says Mr Landrigan.  The choice of whether we run a season over 3 weekends or 4 weekends is not about how many performances we stage, but whether these are condensed into 3 weekends or a bit more spread out over 4 weekends” says Mr Landrigan.

Priscilla, Queen of the Desert – The Musical is set to run at New Plymouth’s TSB Showplace from Thursday 20 June – Saturday 6 July and the season CANNOT be extended past the 6th. Make sure you don’t Miss the Bus!